From Lo to Santana 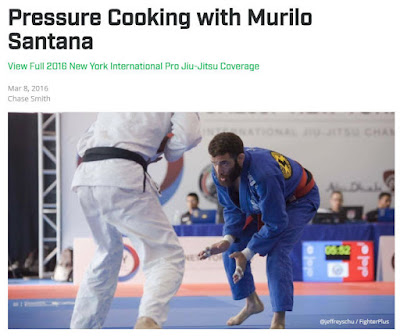 I've been spending the past several months taking my guard passing cues from Leandro Lo, whose attacks against the DLR remain invaluable to me. But the more I train and try to implement his approach, the more I realize that his approach to guard passing is a little too dynamic for my game at this point.

It's a little similar to my recent realization that, when it comes to sitting guard, strategies of both Rodolfo Viera (a heavyweight) and Otavio Sousa (a middleweight) suit me better than the strategy of someone like Cobrinha, who shares my weight class (featherweight, 149 lbs or less) and uses a lot of arm drags and scrambles. Again, the issue is dynamism and the level of aggressiveness required to secure the pass.

I should point out, ironically, that tonight's lesson was a version of Cobrinha's attack: a near-side arm drag from sitting guard. So maybe the Pena Approach to sitting guard is not yet dead to me.

In any event, while I'll continue to use some of Lo's innovations against the DLR - particularly the post/knee slide and pin/backstep strategies - I need something with more control, more precision, and more pressure when it comes to guard passing broadly speaking. 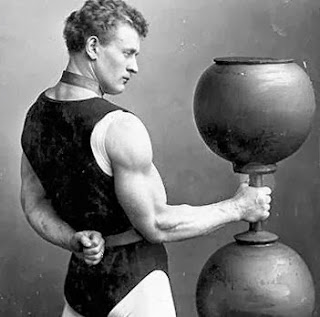 I've been lifting weights seriously again since the beginning of the year, following the 5/3/1 program. I've finally made it through a few cycles and, with another business trip and break from heavy lifting coming up, thought this would be a good time to chase a few personal records.

My goal is still to get to a combined total of 1080 pounds.  Ideally, that means another 40 pounds in my squat, another 35 pounds to my bench, just a handful of pounds to my OHP, and a relatively daunting additional 125 pounds to my deadlift. For this year, I'd like to cut those in half with a goal of getting to 1080 by Christmas 2019.

*Technically speaking, this wasn't a 1RM test. Rather it was the final Joker set during the third week of Cycle 4. So my deadlift PR is probably at least a few pounds heavier. Unfortunately, I won't do another PR test until the fall at the earliest.
Posted by burien top team at 9:46 PM 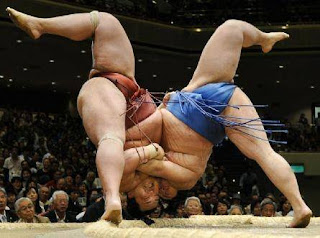 There are a few transfers from my weight training practice to my jiu-jitsu practice. This essay from strength training coach Christian Thibaudeau, which talks about training protocols based on neurological type, is one of them

Type 3 are the most anxious neurotype. For that reason, they don’t like novelty/variation and do better when they follow a static routine or a precise plan. Weight lifting creates more anxiety and stress than for the other neurotypes. Anxiety is simply an excessive neuronal activity, so the last thing you want to do with a Type 3 is to increase neuronal activity even more. In fact, they need to reduce it to train properly. Type 3 also tend to be “tighter/less mobile” because of their anxiety (anxiety increases muscle tightness, especially in the flexor muscles).

What they need
Type 3 should focus on the parasympathetic nervous system when preparing for a workout. They actually need to reduce neuronal activity. For them, mobility work and self myofascial release (even flow work) are very effective pre-workout, as they decrease anxiety and improve mobility, which are the two main problems for a Type 3. Type 3 also have an increased perception of pain, so self-myofascial release and mobility work will also help in that regard. One last thing they can benefit from is adding “rehearsal work”: a lighter and less mentally traumatic version of the main lift of the session. For example, doing some slow goblet squats before back squats.

I've been getting in some drilling over the past few weeks with a few blue belt training partners (thanks Jesus and Peter!). This has been a great way to deal with the fact that I only train twice a week and that there is little "mid-range" work. I help teach (or teach) and I train full speed, with little in between.

This reinforces something I realized after another Tuesday night of lackluster training. When Tuesday rolls around, I've been off the mat for four days. There is no flow, no rhythm, and my performance is typically subpar. By Thursday, with a little recent jiu-jitsu under my belt, I'm usually in much better form.

I think the trick is to add more "mobility work" and "rehearsal work" as Christian Thibaudeau calls it, in the form of flow rolling Tuesdays before class. "A "lighter and less mentally traumatic version" a few hours beforehand might help me transition more readily into Tuesday evening's live training.
Posted by burien top team at 9:33 PM